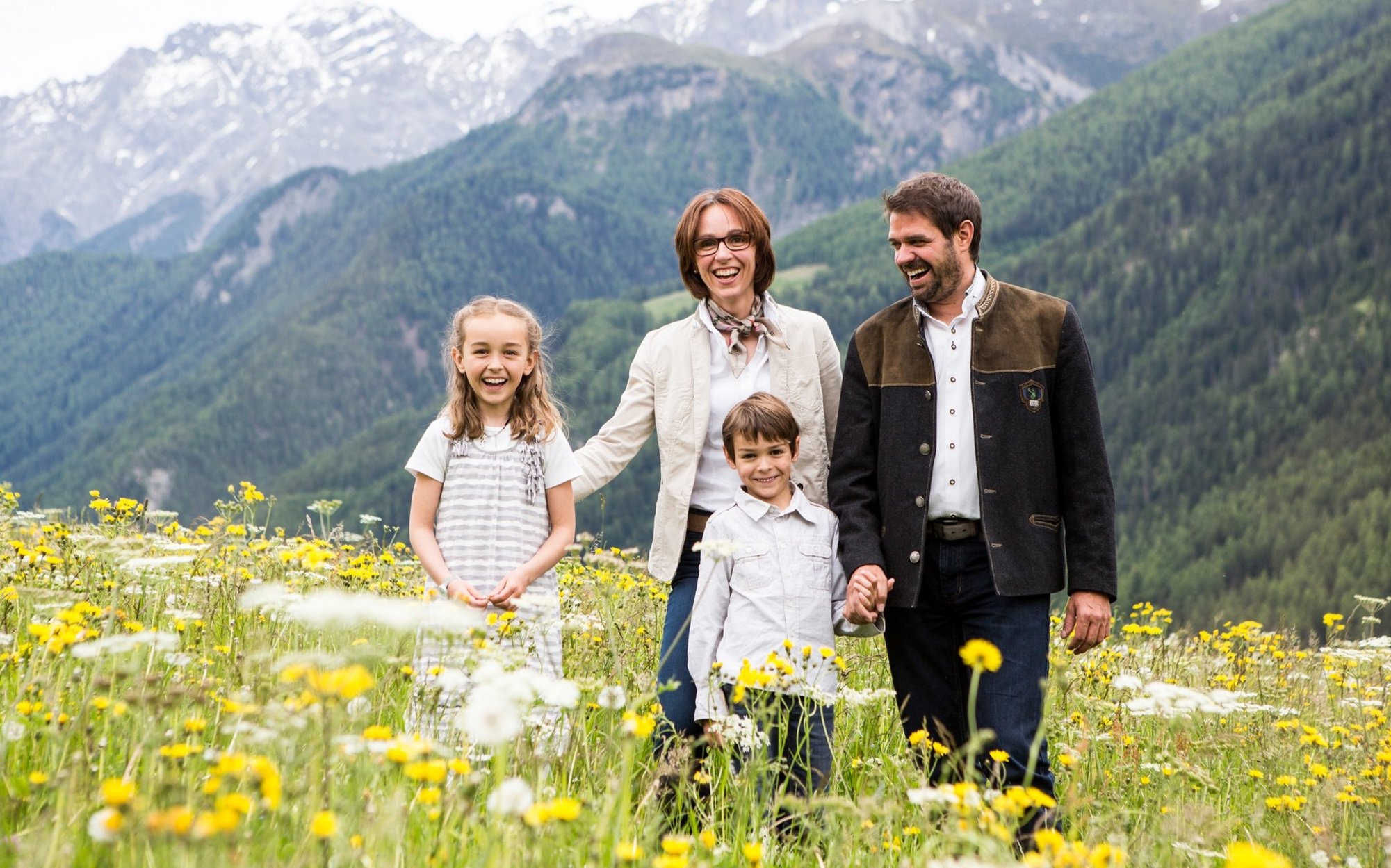 We do not tell a story.
We have one.

In 125 years of Meisser Hotel there are many moving moments and formative companions. Some of our treasures are part of the furnishings and a respectful sign of hospitality in the 5th generation: guests' voices from the past, handwritten recipes, historical photographs and unique pieces of Engadin customs. Follow us to the year 1893, if you like:

Andreas Meisser and his wife Barbla Barth bought the Chasa Meni in Guarda. He laid the foundation stone of the hotel history with 15 beds. In June, the first guests arrived from Paris.

the tabla (hay barn) was converted into a dining room. The stucco ceiling is still preserved today and testifies to the late peasant Art Nouveau style. Barbla and Andreas had three children. Son Andreas continued to run the hotel with his wife Wilhelmine Seif.

things were looking up again after difficult years and numerous guests were staying in Guarda. Wilhelmine and Andreas Meisser became parents of three children and their son Rudolf started a career in the hotel business.

he married Pauline Willy and together they invested in their hotel as the 3rd generation: hot and cold running water in the rooms, a bathroom on each floor and modern central heating.

the south veranda was glazed. The retractable panoramic windows, revolutionary at the time, are still in place today. During World War 2, Pauline and Rudolf farmed more intensively, and after the war the hotel business almost completely collapsed.

Rudolf Meisser bought the Pension Bellevue in Davos-Dorf, where the private Hotel Meisser was established, the family's winter business. In the summer business Guarda got the first rooms with shower or bath. Pauline and Rudolf's son Ralf became a chef, graduated from the hotel management school and gained experience around the world.

Ralf took over the family business and in 1971 married his wife Kathrin Schwarzenbach, who gave him two children: Benno and Sandra. Together, the couple shaped an intensive period of modernization in Guarda and Davos.

the Meisser family built an apartment in Davos and Ralf Meisser's refined kitchen became a popular meeting place for gourmets.

Ralf and Kathrin Meisser bought the Chasa Pepina and renovated it. The old parlors became dignified suites. Staff rooms were created in the rear part of the house and the Parsepan in the cellar of the Chasa Pepina.

son Benno returned to Guarda to run the business with his parents. He had previously completed an apprenticeship as a chef, attended the Thun School of Gastronomy and gained several years of experience in the upscale hotel and catering industry in Switzerland and abroad.

the Hotel Meisser in Davos was sold. On Benno's initiative, the hotel in Guarda was expanded into a year-round operation.

Maya Aebli joined the company as an employee. In 2008 Benno Meisser and Maya Aebli got married. Shortly after, Alessia was born and almost at Christmas 2010 her brother Lars Noël. The 6th Hotel Meisser generation was born.

another milestone took place: with great attention to detail and extensive renovation work, the rooms in the main house were given a contemporary and fresh look. Furthermore, everything remains in flux and the hospitable commitment remains a matter of the heart.

the 4 suites in the Chasa Pepina were newly furnished to further emphasize the typical Engadin character of the house. Hotel Meisser is now a member of Swiss Historic Hotels.

the Hotel Piz Buin in Guarda was taken over. Another 40 beds that expand the offer in Guarda. Small details and a bit of fresh air have ensured that one immediately recognizes Meisser's signature.

the Hotel Romantica Val Tuoi was taken over. Another 20 beds which appeal to a younger guest segment offer a relaxing retreat for those 21 years and older. The Meisser Romantica was transformed into a cozy home away from home. A gym is now available to all Meisser Resort guests.

Everything remains in flux and the hospitality commitment a matter of the heart.

Nice to have you with us!

Farewell dear Guarda!
When will I see you again,
With all the flowers, the blooming lilacs,
With your beautiful woods and pastures?
Farewell, now we must sadly part. - –
I will never forget the friendly people,
The guests, the innkeepers, the good food!
Vacations were seldom so beautiful,
and joyfully I call: Goodbye.

Your holiday in Guarda

We let you hear from us

Are you suffering from the consequences of Covid or the measures,
that are putting us under increased pressure at all levels?

With our "Covid Recovery" we will show you new ways of breathing
and their connections with our health and well-being.

Relax in the fresh air and find peace, relaxation and recuperation.

Exclusively in the picturesque mountain village of Guarda!